I know, I know. Its been a month. A few days ago, I received a distressed Whatsapp message from a friend letting me know how much they missed my occasional posts.  I have some projects in the works, but wanted to share something I came across recently that both made me smile, and inspired me to write more. 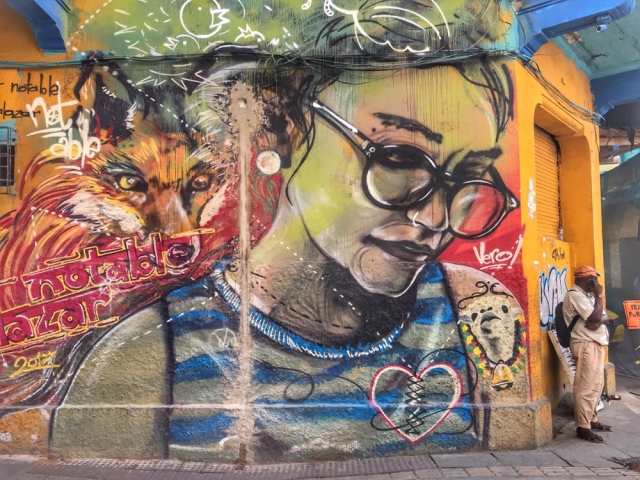 The below excerpt is from James Altucher.  (www.jamesaltucher.com) I stumbled over his stuff a few months ago. I was struggling with some melancholic bullshit, and I hit the web hard to read through it, as I often do. One  late night trek down the web based rabbit’s hole I discovered Mr.Altucher. Hes quite an eclectic character, but his stuff gave me a good old fashioned and much needed jolt of inspiration.

I want to be creative, I want to write, travel, and push myself as far as I can go.

“Back in college, Sanket and I would hang out in bars and try to talk to women but I was horrible at it.

Nobody would talk to me for more than 30 seconds and every woman would laugh at all his jokes for what seemed like hours.

Even decades later I think they are still laughing at his jokes. One time he turned to me, “The girls are getting bored when you talk. Your stories go on too long. From now on, you need to leave out every other sentence when you tell a story.”

We were both undergrads in Computer Science. I haven’t seen him since but that’s the most important writing (and communicating) advice I ever got.

33 other tips to be a better writer:

1) Write whatever you want. Then take out the first paragraph and last paragraph

Here’s the funny thing about this rule. It’s sort of like knowing the future. You still can’t change it. In other words, even if you know this rule and write the article, the article will still be better if you take out the first paragraph and the last paragraph.

You won’t see that on any other list on how to be a better writer. If your body doesn’t flow then your brain won’t flow. Eat more fruit if you have to.

3) Bleed in the first line

We’re all human. A computer can win Jeopardy but still not write a novel. If you want people to relate to you, then you have to be human.

Penelope Trunk started a post a few weeks ago: “I smashed a lamp over my head. There was blood everywhere. And glass. And I took a picture.” That’s real bleeding. My wife recently put up a post where the first line was so painful she had to take it down. Too many people were crying.

In other words, never say “in my opinion” (or worse “IMHO”). We know it’s your opinion. You’re writing it.

I spent the entire ’90s writing bad fiction. Five bad novels. Dozens of bad stories. But I learned to handle massive rejection. And how to put two words together. In my head, I won the Pulitzer prize. But in my hand, over 100 rejection letters.

You can’t write without first reading. A lot. When I was writing five bad novels in a row I would read all day long whenever I wasn’t writing (I had a job as a programmer, which I would do for about five minutes a day because my programs all worked and I just had to “maintain” them). I read everything I could get my hands on.

7) Read before you write

Before I write every day I spend 30-60 minutes reading high quality short stories poetry, or essays. Here are some authors to start:

All of the writers are in the top 1/1,000 of 1% of writers. What you are reading has to be at that level or else it won’t lift up your writing at all.

I go through three cups at least before I even begin to write. No coffee, no creativity.

9) Break the laws of physics

There’s no time in text. Nothing has to go in order. Don’t make it nonsense. But don’t be beholden to the laws of physics. My post, Advice I Want to Tell My Daughters, is an example.

Tell people the stuff they all think but nobody ever says. Some people will be angry that you let out the secret. But most people will be grateful. If you aren’t being honest, you aren’t delivering value. Be the little boy in the Emperor Wears No Clothes. If you can’t do this, don’t write.

This goes against the above rule, but I never like to hurt people. And I don’t respect people who get pageviews by breaking this rule.

Don’t be a bad guy.  Was Buddha a Bad Father? addresses this.

12) Don’t be afraid of what people think

For each single person you worry about, deduct 1% in quality from your writing.

Everyone has deductions. I have to deduct about 10% right off the top.

So my writing is only about 90% of what it could be. But I think most people write at about 20% of what it could be. Believe it or not, clients, customers, friends, family, will love you more if you are honest with them. We all have our boundaries. But try this: For the next 10 things you write, tell people something that nobody knows about you.

[Related: How to Self-Publish a Bestseller: Publishing 3.0]

Barry Ritholz told me that he doesn’t start writing until he’s angry about something. That’s one approach. Barry and I have had some great writing fights because sometimes we’ve been angry at each other.

14) Have a shocking title

I blew it the other day. I wanted to title this piece: “How I torture Women” but I settled for “I’m Guilty Of Torture.” I wimped out. But I have some other fun ones, like “Is It Bad I Wanted My First Kid To Be Aborted” (which the famous Howard Lindzon cautioned me against).

Don’t forget that you are competing against a trillion other pieces of content out there. So you need a title to draw people in. Else you lose.

I don’t quite mean it literally. But if you know a topic gets pageviews (and you aren’t hurting anyone) than steal it, no matter who’s written about it or how many times you’ve written about it before. “How I Screwed Yasser Arafat out of $2mm” was able to nicely piggyback off of how amazingly popular Yasser Arafat is.

If you’ve ever been in love, you know how to cry.

Bring readers to that moment when they were a child, and all of life was in front of them, except for that one bittersweet moment when everything began to change. If only that one moment could’ve lasted forever. Please let me go back in time right now to that moment. But now it’s gone.

The past decade or more has totally sucked. For everyone. The country has been in post-traumatic stress syndrome since 9/11 and 2008 only made it worse. I’ve gone broke a few times during the decade, had a divorce, lost friendships, and have only survived (barely) by being persistent and knowing I had two kids to take care of, and loneliness to fight.

Nobody’s perfect. We’re all trying. Show people how you are trying and struggling. Nobody expects you to be a superhero.

Everyone has experiences they don’t want to write about. But with enough time, its OK. My New Year’s Resolution of 1995 is pretty embarrassing. But whatever… it was 16 years ago.

The longer back you go, the less you have to worry about what people think.

Notice that almost all of these rules are about where the boundaries are. Most people play it too safe.

When you are really risking something and the reader senses that (and they WILL sense it), then you know you are in good territory. If you aren’t risking something, then I’m moving on. I know I’m on the right track if after I post something someone tweets, “OMFG.”

You can be all of the above and be funny at the same time.

When I went to India I was brutalized by my first few yoga classes (actually every yoga class). And I was intimidated by everyone around me. They were like yoga superheroes and I felt like a fraud around them. So I cried, and hopefully people laughed.

It was also a case where I didn’t have to dig into my past but I had an experience that was happening to me right then. How do you be funny? First rule of funny: ugly people are funny. I’m naturally ugly so its easy. Make yourself as ugly as possible. Nobody wants to read that you are beautiful and doing great in life.

Your article is meaningless unless the last line KILLS.

Read the book of short stories “Jesus’ Son” by Denis Johnson. It’s the only way to learn how to do a last line. The last line should take you all the way back to the first line and then “BOOM!”

Forget commas and semicolons. A period makes people pause. Your sentences should be strong enough that you want people to pause and think about it. This will also make your sentences shorter. Short sentences are good.

24) Write with the same voice you talk in

25) Deliver value with every sentence

Even on a tweet or Facebook status update. Deliver poetry and value with every word. Else, be quiet.

26) Take what everyone thinks and explore the opposite

Don’t disagree just to disagree. But explore. Turn the world upside down. Guess what? There are people living in China. Plenty of times you’ll find value where nobody else did.

I discuss this in “How to be the Luckiest Man Alive” in the Daily Practice section.

Your idea muscle atrophies within days if you don’t exercise it. Then what do you do? You need to exercise it every day until it hurts. Else no ideas.

Go to sleep before 9pm at least four days a week. And stretch while taking deep breaths before you write. We supposedly use only 5% of our brain. You need to use 6% at least to write better than everyone else. So make sure your brain is getting as much healthy oxygen as possible. Too many people waste valuable writing or resting time by chattering until all hours of the night.

29) Don’t write if you’re upset at someone

Then the person you are upset at becomes your audience. You want to love and flirt with your audience so they can love you back.

30) Use “said” instead of any other word

Don’t use “he suggested” or “he bellowed,” just “he said.” We’ll figure it out if he suggested something.

Whatever you are working on, sleep on it. Then wake up, stretch, coffee, read, and look again.

Rewrite. Take out every other sentence.

33) Then take out every other sentence again.

Sanket didn’t want to go to grad school after we graduated. He had another plan. Lets go to Thailand, he said. And become monks in a Buddhist monastery for a year. We can date Thai women whenever we aren’t begging for food, he said. It will be great and we’ll get life experience.

It sounded good to me.

But then he got accepted to the University of Wisconsin and got a PhD. Now he lives in India and works for Oracle. And as for me…

I don’t know what the hell happened to me.”

2 thoughts on “Back in the saddle…featuring new writing tips!”