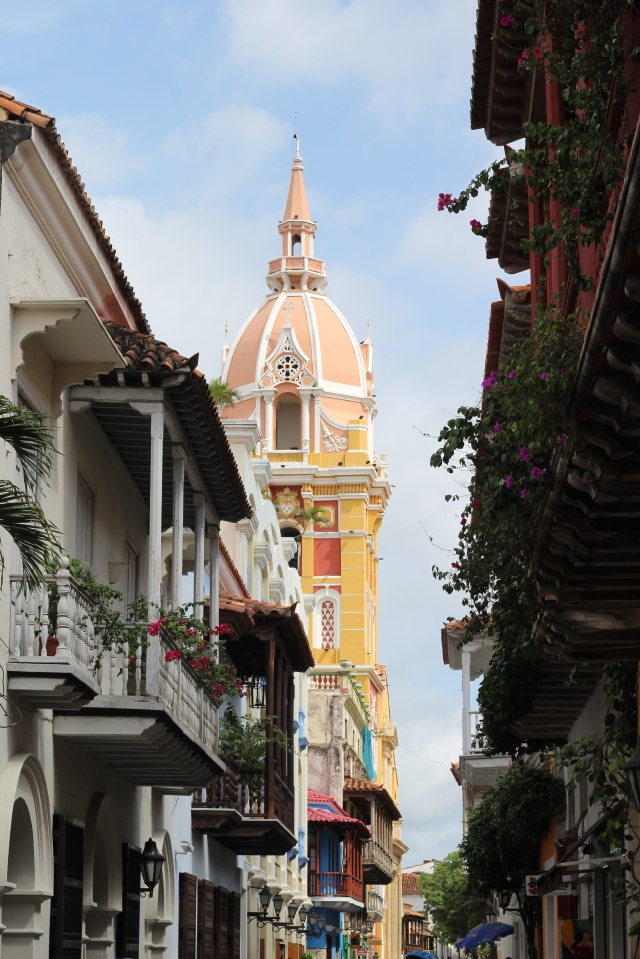 On most days, the majority of headlines concerning airlines read like pure disaster stories. As a semi frequent travelers, we lower our expectations to the abysmal. And lets be honest, despite certain status perks on whichever team/alliance you’re flying, they are all rather similar. For the jaunt to Colombia, I flew jetBlue for the very first time.  Coincidentally, I ended up in Colombia by an accident, or as insurance/credit card companies refer to it as…”An act of God”.

Two years ago, I booked a super cheap fare to Barbados. I was set to to visit the warm sand and inviting water of the Caribbean island in October. Turns out, a hurricane had other ideas…and a similar itenerary. My travel dates fell 2 days outside of the refund window. I was bummed. On a hail marry effort, I called jetBlue to plead my case. The customer service rep had an easy southern drawl, and I remember thinking “at least the bad news that i’m getting hosed on this run will sound pleasant.”  But she worked her magic, and instead issued me a travel voucher! I was floored! I was in the office on a Saturday, which is never the most fun, and I was ecstatic and my unexpected victory. 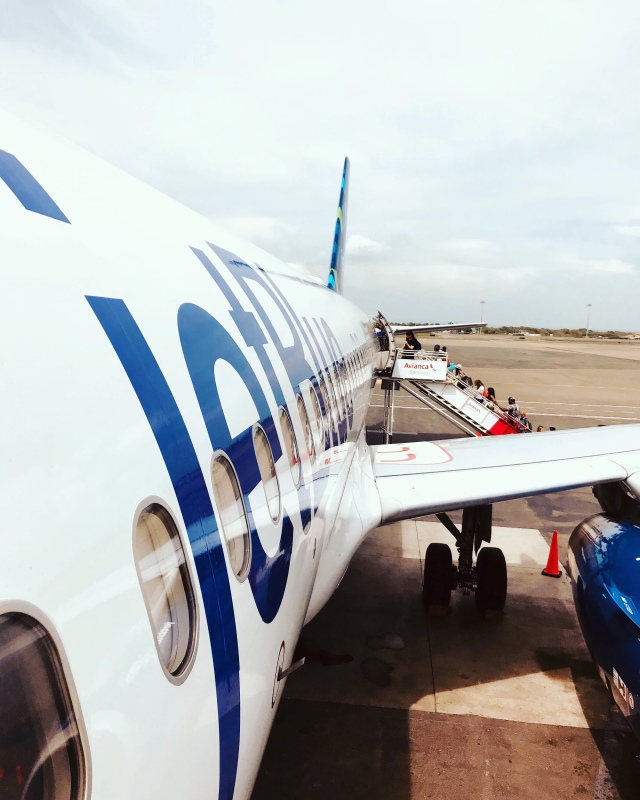 The voucher was good for 12 months, and I was incredibly impressed by this airline, which I had never flown and had no status or rewards with had gone above and beyond. one year can be quite a while in the world of travel, so I promptly forgot about said voucher. Until the following year, with about 30 days left to go, I smiled and remembered my good fortune. I pulled up a map of where jetBlue might fly from Detroit, and what do I see at roughly the same price? 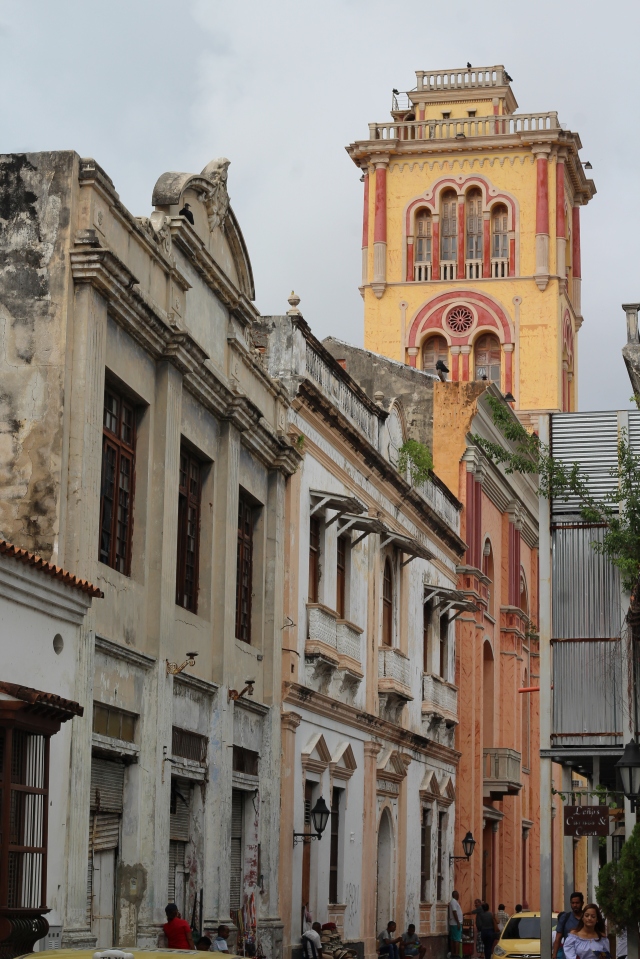 I had an amazing time over the weeks in Colombia. My initial dispatch from the sunny paradise, From Cartagena with love.  to making it into the majestic mountains of Medellin. Mysteries of Medellin I love Colombia. I’m excited to go back and spend more time among all the awesomeness there.

If only Colombia was easy to leave. On this particular day, this was to prove both metaphorical as well as literal. My last day in Cartagena, after pulling a muscle in my foot from many a mountain trek on my way out of Medellin.  (Colombia, Getting old, Fried chicken and Serendipity.) found me at the wonderful Hotel Centro. My flight was early afternoon, so I had time to sleep in a bit, grab breakfast, take a long shower, say a  few goodbyes and make my way to the airport. 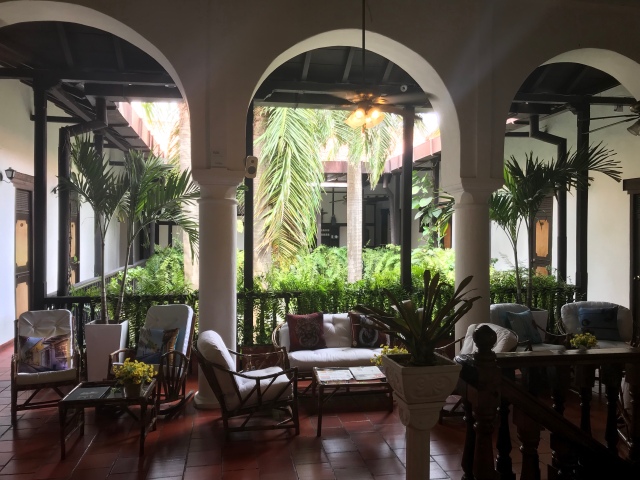 Uber can be a tricky service in Colombia, but I had exhausted my cash, and wanted to make it easy as possible. I realized I was running a bit late, and ordered an Uber to the airport, the app tells me my driver is 22 min away.

So I wait, a bit nervous about getting out of the walled city and making it to the airport on time.  With 5 min left to go, the driver sends me a message from within the app, that he can only accept cash.

Miniature disaster strikes.  What do I do? Do I hobble to an ATM, and then try and find a taxi? Do I try another Uber? 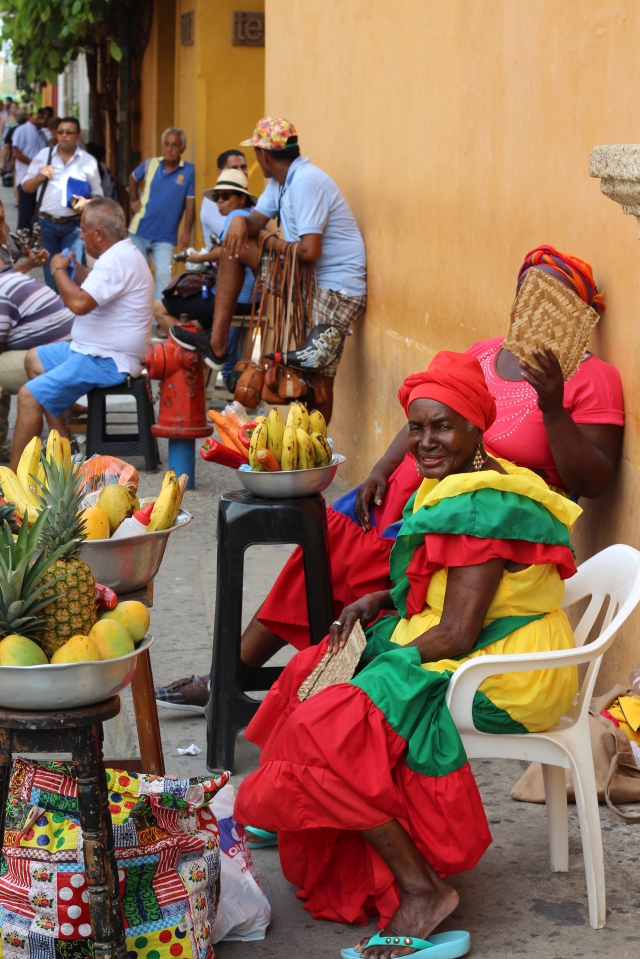 I request a new Uber. I’m waiting outside with my backpack, in the afternoon, tense and sweating as its 92 degrees and bright. New Uber says 15 min away. Fuck.

I make it to the airport, 55 min before my flight leaves. I know that’s just kinda dumb. I’m limping, hot, and frustrated. I’m still smiling, but in more a resigned way. I make my way up to the counter, and the first attendant tells me “this flight is closed, you are too late”. I know this, and am prepared for the Armageddon options to get home. But then the person next her asks me for my passport.

He spends some time in rapid fire Spanish over his walkie talkie, stopping periodically asking me if I have checked baggage, (carry on only for life!) and other bits of logistics. after 5 min or so, my fate hanging in the balance he asks me to follow him. He prints my boarding passes/tickets.

He leads me through customs, then through security and personally walks me to the gate and deposits me at line for boarding. I have never been treated that kindly by an airline. I was astounded by this guys service. I told him it was my first time to Colombia, and my first time flying jetBlue. He smiled and asked if I enjoyed my time here…Before I could answer, he said ” When you come back, try to get to the airport a bit earlier”.

He shook my hand and left.

that’s when I noticed his name tag. It was Jesus.

2 thoughts on “Saved by Jesus…and jetBlue”