All the way from Bloomberg news. It’s been a shit time for educators across the spectrum. The breaking point may be near. High time for some much needed militancy. 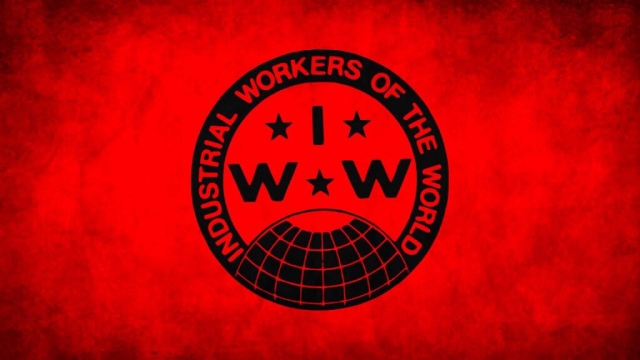 Could Wildcat Teachers’ Strikes Spread to Other States?

Oklahoma and Kentucky may follow West Virginia as educators across the country take advantage of a strong economy to agitate for more pay.

The fury among low-paid teachers that triggered a wildcat teachers’ strike in West Virginia—the longest in its history—may be spreading.

Teachers across the country may soon build on the state’s example. The Oklahoma teachers’ union said it will shut down schools within months if its demands aren’t met, and some teachers said they may strike even if a deal is reached.

“The end goal is funding for public education and our core services, and if it takes us closing down schools to do that, then we are prepared and willing to do so,” said Alicia Priest, president of the Oklahoma Education Association. On Thursday, the OEA will announce a timetable that could culminate in a school shutdown if lawmakers don’t pass teacher raises, something the legislature hasn’t done in a decade. While some teachers may have been on the fence, said Priest, the two-week West Virginia strike “has given them an emboldened sense of purpose and a sense of power.”

That may not be enough for the rank and file. Some Oklahoma teachers are planning a wildcat strike of their own. Leaders from a dozen schools met last week to discuss such an unsanctioned walkout, and they plan to reconvene Wednesday to vote on a strike date. If the union’s plans aren’t to their liking, they may walk out, said Larry Cagle, who teaches advanced placement courses and is one of the organizers behind the independent effort. “We’re going to force this on the union and on the superintendent,”  he said. “Teachers are ready—they are chomping at the bit.”

“A lot of people do not trust the promises made by the governor.”

Teachers have complained of low pay and poor treatment by politicians for years, breeding a high level of distrust when it comes to any new promises. In West Virginia, teachers expressed skepticism on Tuesday right up until the legislature voted to approve a pay hike bill and the governor signed it.

Nevertheless, American teachers are benefiting from a tailwind these days thanks to a tightening private-sector labor market, which brings stronger state revenue as well as alternative job opportunities, said Heidi Shierholz, who served as chief economist for the U.S. Department of Labor during the Obama administration. “The argument that the money just isn’t there, that it’s ‘blood from a stone,’ rings a lot more hollow at a time like this,” said Shierholz, who now directs policy for the Economic Policy Institute.

Hiking teacher pay may be necessary for states to stay competitive when it comes to retaining educators, said Chris Edwards, an economist at the Cato Institute. However, states that buckle to pressure from striking teachers could be hurt when the economy goes south, he added.

“If they do make big commitments, then a recession comes, then they get themselves into budget troubles,” said Edwards.

In West Virginia, the strike by thousands of school employees began Feb. 22 with the backing of the schools’ three unions, and then morphed into a rare “wildcat” walkout when teachers rejected an agreement between union leaders and the governor. Teachers said they were concerned the deal didn’t offer a concrete solution to the pressing issue of escalating health insurance premiums, and they lacked faith that the legislature would approve the 5 percent raises agreed to by Governor Jim Justice, a Republican.

“A lot of people do not trust the promises made by the governor,” striking teacher Kristina Gore said Thursday after West Virginia’s Republican-controlled Senate shunted the proposed pay raise to committee. On Saturday night, the Senate voted to approve raises of only 4 percent for the teachers, who have not had an across-the-board increase since 2014.

On Tuesday, legislative leaders and Justice announced the new deal to fund 5 percent raises. The package signed today includes a 16-month freeze on premium increases under the teachers’ health care plan, according to the state’s American Federation of Teachers local. Rather than counting on the additional revenue projected by the governor’s office, Senate Finance Chair Craig Blair said Tuesday morning that the chamber would make “very deep cuts” elsewhere in the budget to compensate for the raises.

Favorable economy notwithstanding, this year is shaping up to be a perilous one for the embattled U.S. labor movement, with the White House and Republican-controlled Congress hostile to unions and a U.S. Supreme Court ruling expected by summer that may slash their budgets by outlawing mandatory union fees in the public sector. Nevertheless, the West Virginia walkout has provided a beacon of sorts for activists who see it as the stirrings of grassroots organizing and defiance that they say the movement needs to survive. “Everybody I know is excited about this and what it shows is possible,” said former Communications Workers of America President Larry Cohen, who now chairs Our Revolution, the advocacy group of Senator Bernie Sanders, Democrat of Vermont.

If strikes break out in other states such as Kentucky, where teachers are fighting lawmakers over pay and benefits, it wouldn’t be the first time. “Historically, public-sector strikes have tended to come in waves,” said Georgetown University historian Joseph McCartin. “Teacher strikes have tended to breed more teacher strikes.” From 1945 to 1950, there were around 60 work stoppages by teachers around the country, many mounted without official union backing or legal protection. At the time, said McCartin, schools were underfunded and classrooms increasingly crowded. Teachers felt left behind amid quickening private sector wage growth in a postwar economy.

West Virginia’s example has “lit some fires” among teachers in Kentucky, said Jennifer Ward Bolander, a special education teacher there. “It’s definitely a subject of everyday water cooler conversation now,” she said. While she and other teachers are eager to avoid a strike, she said, there have been increasing rumblings about the possibility since West Virginia pulled it off.

Teachers in Oklahoma have now gone without raises for a decade. Average pay there is the lowest in the U.S., according to Bureau of Labor Statistics data. Jonathan Small, president of the conservative think tank Oklahoma Council of Public Affairs, said he expects the Republican-controlled legislature to approve a raise for educators. Small said he would support an increase of at least $5,000 a year for each teacher, at a cost of about $246 million, which could be paid for by spending down a surplus while increasing the state’s gross production tax on oil and natural gas.

Many Oklahoma teachers aren’t willing to wait. “People are talking about ‘strike’ now out in the open, and that’s been a change,” said John Waldron, a teacher and a member of the union’s legislative committee. “The groundswell right now is pretty loud.” Union leaders are hearing regularly from members who want to go on strike, and that pressure has helped force the leadership’s hand, said Waldron, a Democratic candidate for the state legislature.

In a statement, Oklahoma state Senator Greg Treat, the Republican majority floor leader, said “teachers deserve a pay raise” and that lawmakers have “repeatedly, in a bipartisan manner, passed revenue plans to fund teacher pay.” He argued that Democrats have obstructed such efforts. Minority Leader Steve Kouplen rejected the claim, blaming Republicans for driving the state into insolvency with tax cuts that don’t allow for a fully funded public sector.

The threat of a wildcat strike in Oklahoma has even split the labor movement there. Priest, the Oklahoma union president, argued that the vast majority of teachers “are on the same page” about strategy, notwithstanding a few groups “that don’t have all of the information.” Before shutting down schools, she said, the union will push for local school board resolutions endorsing school funding hikes and expressing support for teachers in the event of a shutdown. “We have an opportunity to stand together in a unified voice,” she said, “and we need to do so.”