I deal with this on a weekly basis. Why study history? Whats the point? This line of questioning goes so far as to suggest that for the community college level students shouldn’t delve into the social sciences or humanities, solely focusing on the trades instead.

I could not disagree more.

History is far from useless.  In essence, history as a craft, or discipline is the ability to argue. As it turns out, you are going to be arguing for the rest of your life. Arguing with/persuading your significant other, your employer, relatives, friends, and ass hats on the internet. The ability to argue may be one the most critical skills you need to develop in this world.

Can you point to an exact economic impact in raw numbers, like you can with say a welding certificate? No. This not equate with an exact dollar per hour quantification. But you can point to the dividends that this skill will reap over the long term. The traditional argument for the social sciences tend toward  creating “well informed citizenry” out of our students, giving them various lenses from which to engage the world around them. As students are bombarded with information from every corner of their life, it is essential that they develop new key literacies to sift and analyze this cascade of information. To nurture what Hemingway famously called “as shockproof a bullshit meter as possible”.

Take a look at the numbers below, they even include graphs!

History Is Not a Useless Major:

Over the past 20 years, warnings from a variety of sources—from career counselors to administrators to government officials—have convinced many prospective college students (and their parents) that the only safe path to a well-paying job is through a STEM major. Members of the academy—including STEM faculty themselves—have repeatedly challenged assertions that majoring in the humanities is useless. And employers of STEM graduates say that they value skills cultivated in a wide-ranging curriculum.

But the sense persists that the push toward STEM comes at the direct expense of humanities majors; history enrollments have declined sharply since at least 2011. As Julia Brookins reported in the March 2016 issue of Perspectives on History: “The number of history BAs and BSs completed in the United States fell for the third time in four years, this time by 9.1 percent from the previous year, from 34,360 to 31,233 [in 2014].” According to the most recent data, this steep decline has continued, with only 28,157 history majors graduating in 2015 (a decline of 9.8 percent from 2014).

In advising students, talking to parents, and listening to the priorities articulated by state legislatures, we continue to encounter widespread myths about the lives of people who graduate with history BAs. These myths are largely based on misinformation about the prospective lives of those who major in history. They paint life with a degree in history as a wasteland of unemployment and underemployment—that careful study of Asoka’s conquests or the Industrial Revolution leads to a life of “Would you like fries with that?”

A potent way to combat these myths is with concrete data. Thankfully, a massive repository of data, the American Community Survey (ACS), tells us much about the lives of history majors. Conducted by the US Census Bureau each year since 2000, the ACS is a statistical survey of 3.5 million American households. It includes questions on a wide range of topics, from demographic details like age and race/ethnicity to situational data like housing and employment status. Most usefully for us, it also records individuals’ undergraduate majors. These data are then compiled and aggregated into one-, three-, and five-year estimates.

From the ACS, we know that over the years 2010–14, some 29.7 percent of all American adults over 25 completed a bachelor’s degree or higher. Of those, 2.21 percent received a bachelor’s in history or US history. The ACS data offer us a snapshot of these history majors across the country and at different phases of life: from recent graduates to those in retirement.

Overall, the ACS data suggest that the picture for history majors is far brighter than critics of the humanities would have you believe, even those who think the sole purpose of a college degree is to achieve a well-paying job.

One fear is that history degrees do not offer a life of gainful employment or the job security that other careers might. The truth is very different. The ACS found that 4.6 percent of history majors between the ages of 25 and 64 were unemployed at the time they were surveyed. The national average, by comparison, was 7.7 percent. Against all holders of a college degree, however, there was a modest difference: degree-holders overall had 4.1 percent unemployment, half a percentage point lower. While history majors do have a slightly higher unemployment rate, the data show that someone interested in the field should not be deterred; the difference is very slight.

Myth 2: A History Major Does Not Prepare You for Gainful Employment 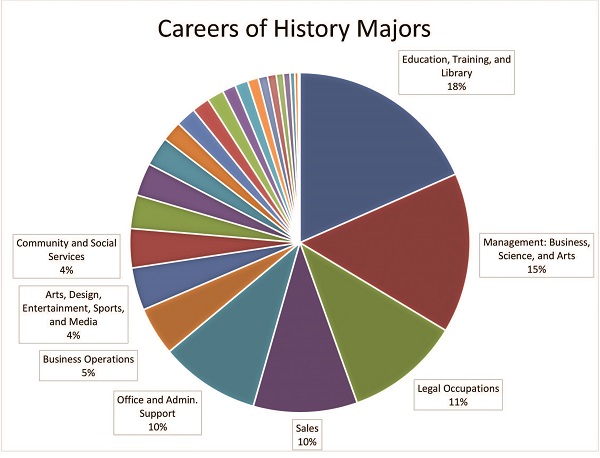 Fig. 1. Data source: ACS 2010–14 5-year Public Use Microdata Sample (PUMS). Includes individuals who stated they were in full-time employment, between the ages of 25 and 64, had achieved a bachelor’s degree or higher, and had either history or US history as the field of study for their bachelor’s degree.

Most myths begin with a kernel of truth that is then warped beyond recognition. The idea that a history degree doesn’t lead directly into a profession is true only for students who expect to become professional historians or to work in a closely related occupation. The vast majority of history majors, of course, do not become professional historians; according to the ACS, only 4.5 percent of history majors become educators at a postsecondary level (that is, mostly college professors). The proportion who become museum professionals—0.5 percent of the total—is a very small slice of the overall pie as well.

But the ACS data imply that many history majors do not expect to become historians and that they find meaningful careers in a wide range of fields. A history degree provides a broad skillset that has ensured that history majors are employed in almost every walk of life, with some notable trends (see fig. 1). 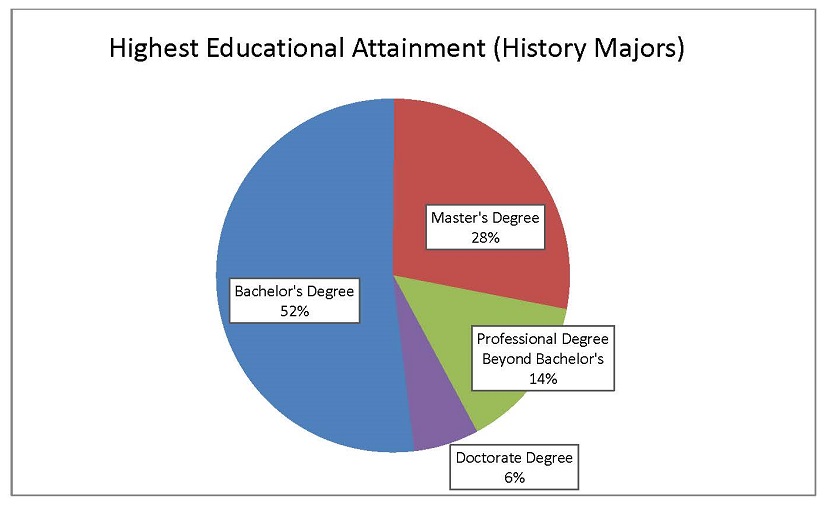 Fig. 2. Data source: ACS 2010–14 5-year Public Use Microdata Sample (PUMS). Includes individuals who stated they were in full-time employment, between the ages of 25 and 64, had achieved a bachelor’s degree or higher, and had either history or US history as the field of study for their bachelor’s degree.

History majors seem particularly well-­prepared for, and attracted to, certain careers. Nearly one in five goes into education—just over half as primary-, middle-, and high-school teachers. Another 15 percent enter management positions in business, and 11 percent go into the legal professions (most becoming lawyers). The “fries” myth is definitely not backed up by the data; only 1.7 percent of history majors work in food preparation, compared to 5 percent of the overall population.

It’s important to note that nearly half of the history majors identified by the ACS went on to graduate school (see fig. 2)—a much higher percentage than the national average (37 percent) and higher than majors in English (45 percent) and the liberal arts (26 percent). This might be because law, management, and education require advanced study. It could also mean that students interested in careers that require graduate training see a history major as a springboard. Likely it is a combination of the two. But knowing this, history departments must understand that it is imperative that they prepare majors for graduate school and offer guidance in educational and career choices. 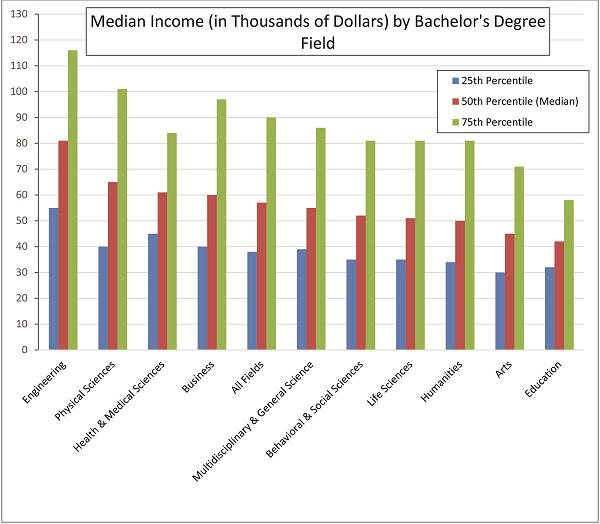 Again, we start with a kernel of truth. The American Academy of Arts and Sciences Humanities Indicators project released an analysis of ACS data showing that those with degrees in the humanities earn less (in terms of median income) than those with degrees in engineering, health care, business, and the sciences (see fig. 3). 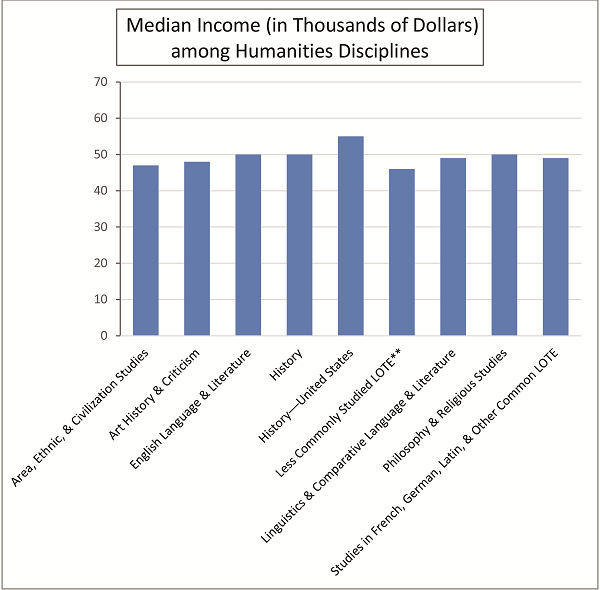 Fig. 4. Data source: American Academy of Arts and Sciences Humanities Indicators, table III-4a. Available at http://www.humanitiesindicators.org/content/indicatordoc.aspx?i=287. Methodological note: The ACS survey records undergraduate major by a free-response text block, with no apparent guidance on how to represent a person’s degree. As a result, the number who reported their major as “history” may also include some who studied US history. The overall number of US history majors reported in the ACS is very low, to such a degree that they may make statistical analyses problematic. It is for these reasons that I combine the US history and history majors in my analysis, though the American Academy of Arts and Sciences does not.

Part of this is based more on field than on level of achievement; the work of engineers and computer programmers is better remunerated than that of, for example, elementary school teachers—even though our society demands good teachers. But history fares well in terms of compensation when compared to other humanities majors. The differences in median income among the humanities disciplines are not significant; the disparity between highest- and lowest-­paid humanities majors in the workforce is only a few thousand dollars (see fig. 4).

Because of the diversity of careers that humanities majors—particularly history majors—go into, there is a wider-than-­average distribution of incomes based upon field of work (see fig. 5). As in the general workforce, it is the occupation of college graduates in the humanities, rather than their undergraduate major, that accounts for differences in income. For history majors between the ages of 25 and 64 who are neither unemployed nor out of the workforce, the median income is currently $60,000 per year. But for those in managerial positions, the median is $80,000. For those in the legal occupations, the median is $100,000. But for those in education, it is $47,000, and for those who go into community and social services, the median is $45,000. 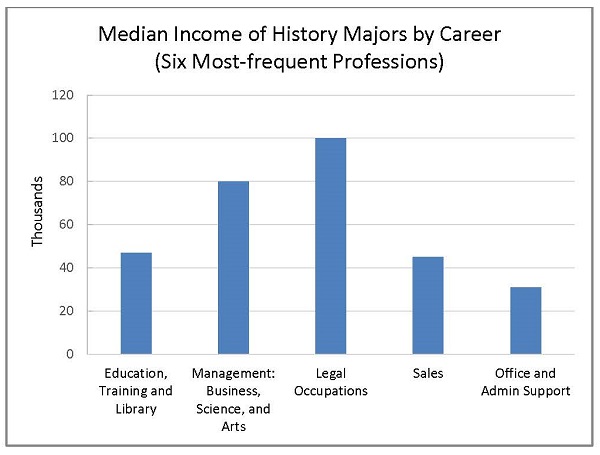 Fig. 5. Data source: ACS 2010–14 5-year Public Use Microdata Sample (PUMS). Includes individuals who stated they were in full-time employment, between the ages of 25 and 64, had achieved a bachelor’s degree or higher, and had either history or US history as the field of study for their bachelor’s degree.

In short, it is not that history majors are underpaid. It is that the diverse range of occupations that a history degree prepares them for includes several important, but vastly undervalued, public service careers. If the only consideration when choosing a major is whether you will be earning six figures by the age of 30, then history may not be the best field. But for students who are inspired by work in which the greatest rewards may not necessarily be financial, a history major remains an excellent option.

The ACS data shed fascinating light on some of the myths about life with a history degree. Majoring in history does not doom a graduate to a life of unemployment or under­employment. In fact, history majors go on to become much better educated than the average person, filling roles in a wider range of careers than holders of many other degrees. The worst that can be said of this situation is that many of those careers are socially undervalued. But that does not mean that a degree in history is any less valuable.

Methodological note: All ACS data cited in this article include only those individuals between the ages of 25 and 64 who were in full-time employment, who achieved a bachelor’s degree or higher, and who stated that their field of study for their bachelor’s degree was either history or US history. All data were taken from the ACS’s 2010–14 5-year Public Use Microdata Sample (PUMS). Data on the number of history bachelors’ degrees awarded in 2015 were gleaned from the annual National Center for Education Statistics via the NSF’s WebCASPAR system at https://ncsesdata.nsf.gov/webcaspar.

Paul B. Sturtevant is a medievalist, social scientist, and public historian. He received a PhD in medieval studies from the University of Leeds and is a social science analyst at the Smithsonian Institution, as well as editor in chief of The Public Medievalist; http://www.publicmedievalist.com/.